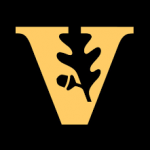 Uterine fibroids — non-cancerous growths — are found in 10-20% of pregnancies and have been suspected of impairing fetal growth and causing lower birthweight and earlier gestational age at birth. Previous studies, however, have produced conflicting results on the association of fibroids and birth outcomes.

Digna Velez Edwards, PhD, and colleagues now report in Annals of Epidemiology that women with three or more fibroids are more likely to have infants with reduced birthweight. The researchers analyzed data from participants in Right from the Start, a prospective, community-based pregnancy cohort. They found that among 3,926 women enrolled during early pregnancy, 416 had one or more fibroids, as determined by transvaginal ultrasound. Average infant birthweight and gestational age were similar among women with and without fibroids. The researchers were not able to determine whether race or ethnicity modified the associations.

The findings add to evidence supporting targeted prenatal counseling and additional surveillance during pregnancy for women with multiple fibroids.

This research was supported by grants from the National Institutes of Health (HD043883, HD049675, TR000445) and the American Water Works Association Research Foundation. 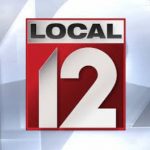 As alcohol sales in this pandemic have skyrocketed, there are new concerns about a report on women’s health linking alcohol intake to miscarriage. 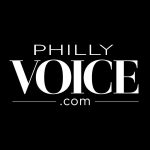 Most women change their drinking habits once they know they are pregnant, but many women don’t know they are expecting until they are 4 to 6 weeks into their pregnancies. A new study stresses the importance of changing those habits before trying to conceive.

Each week in which a woman consumes alcohol during the first five to ten weeks of pregnancy contributes an incremental 8% increase in relative risk of miscarriage, according to a study published recently by Vanderbilt University Medical Center researchers.

The findings featured in the American Journal of Obstetrics and Gynecology, examine the timing, amount, and type of alcohol use during pregnancy, and how this relates to miscarriage risk miscarriage before 20 weeks’ gestation. Impact of alcohol use rises through the ninth week, and risk accrues regardless of whether a woman reported fewer than one drink or more than four drinks each week. Risk is independent of type of alcohol and whether the woman had episodes of binge drinking in the first 20 weeks.

Though most women change alcohol use after a positive pregnancy test, consuming alcohol before recognizing a pregnancy occurs often among both those planning a pregnancy and those with an unintended pregnancy. Half of 5,353 women included in the analysis, reported alcohol use around conception and during the first weeks of pregnancy.

“Abstaining from alcohol around conception or during pregnancy has long been advised for many reasons, including preventing fetal alcohol syndrome. Nonetheless, modest consumption is often believed to be safe.” said Katherine Hartmann, MD, PhD, Vice President for Research Integration, and Right from the Start principal investigator. She notes, “for this reason our findings are alarming. Levels of use that women, and some care providers, may believe are ‘responsible’ are harmful and no amount can be suggested as safe with regard to pregnancy loss.”   Get the Full Release

The study, “Pregnancy Intention and Maternal Alcohol Consumption,” found that the vast majority of women with intended as well as unplanned pregnancies either stopped or decreased drinking after having a positive pregnancy test.

“Our study was not focused on whether or not alcohol is safe in the early conception window,” Hartmann said. “We wanted to see what actual women were currently doing. And we were pleasantly surprised about how promptly people changed their alcohol use — most quitting completely and about 6 percent of women continuing to consume some alcohol, almost all of them at very low levels.

“Women were already self-regulating their alcohol use. Our findings suggested that promoting early pregnancy awareness could prove to be more effective than promoting abstinence from alcohol among all who could conceive.” Get the Full Release

Alcohol Use in Pregnancy and Miscarriage: A Systematic Review and Meta‐Analysis

This study aggregated data from more than 231,000 pregnant women in 24 scientific studies. The analysis documents women who consume alcohol during pregnancy — even in small amounts — have 19% greater risk of miscarriage than women who don’t use alcohol. [Note the 8/2020 publication of RFTS data finds this risk substantially higher as the cohort was able to enroll larger numbers of women earlier in pregnancy.]

“Since alcohol is one of the most common exposures in early pregnancy, it’s critical to understand how consumption relates to miscarriage,” said Alex Sundermann, an MD/PhD student at Vanderbilt University School of Medicine and the study’s lead investigator. “Adverse pregnancy outcomes, like fetal alcohol syndrome, are often associated in popular culture with heavy consumption. However, our meta-analysis indicates even a modest amount of alcohol use has a meaningful impact on miscarriage risk.”

Drinking alcohol may increase risk of  miscarriage by increasing oxidative stress for the fetus, causing cellular damage. Sundermann became interested in the link between alcohol exposure and miscarriage after a prior study from her lab, led by Katherine Hartmann, MD, PhD, found that more than half of women use alcohol in the early stages of pregnancy prior to having a positive pregnancy test, regardless of whether the pregnancy was planned.

Sundermann’s work involved a systematic review and meta-analysis of studies published between 1970 and 2019 about alcohol exposure and miscarriage. The meta-analysis, which is the first pooled measure of alcohol use and miscarriage, demonstrates exposure in pregnancy is associated with a dose-dependent increase in miscarriage risk. The systematic review also revealed important gaps in the existing literature, including a lack of knowledge about how the timing of alcohol exposure is linked to risk. Get the Full Release

This research was supported by a doctoral fellowship grant from the NIH, National Institute of Child Health and Human Development (HD094345). 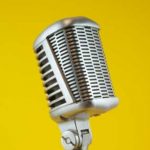 National News About Alcohol Use In Pregnancy

This month’s Morbidity and Mortality Monthly Report, from the Centers for Disease and Prevention, dovetails with Right From the Start findings about alcohol use in pregnancy. In the MMWR analysis “Alcohol Use and Co-Use of Other Substances Among Pregnant Females Aged 12–44 Years — United States, 2015–2018,” the research team reports, “Current drinking (at least one drink in the past 30 days) was reported by 19.6% of respondents who were in their first trimester of pregnancy and 4.7% of respondents who were in their second or third trimester.”

The MMWR report used data from the National Survey on Drug Use and Health, including responses from more than 100,000 women to estimate prevalence of self-reported drinking and binge drinking, overall and by trimester, among pregnancy women in the US who were ages 12 to 44. In the RFTS cohort, a smaller group (n=5,353), included earlier in pregnancy, 14.1% of women never used alcohol, 36.2% quit before pregnancy, and 49.7% reported some use in early pregnancy with 5.4% continuing use. Ninety-four percent changed how they used alcohol at the time of a positive pregnancy test, most abstaining completely after confirming their pregnancy. Prevalence of use early is notable as half of the pregnancies followed in RFTS were planned and 25% of women enrolled while planning to conceive. Use patterns were not substantively different among those who intended to conceive.

Sharing this message is key for women and healthy pregnancies. More here about ways to share. 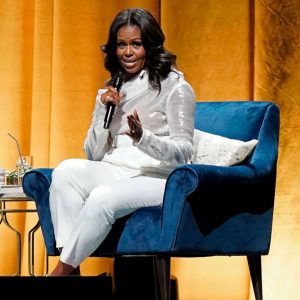 Michelle Obama’s candor in interviews about her book Becoming opened a national discussion about why we don’t recognize and acknowledge the trauma of miscarriage. Her appearance in the national news, coincided with Right from the Start’s publication of a detailed analysis finding that black women had greater risk of pregnancy loss that white women. This alignment of the need for recognition of the emotional and psychological costs of miscarriage, and the need to understand causes of racial disparities in miscarriage and other pregnancy outcomes, like preterm birth, remains pressing.

Stress Less About Fibroids: No Evidence They Cause Miscarriage*

*RFTS enrolled typical women from eight communities. The results are not intended to apply to women with challenges conceiving, recurrent pregnancy loss, or medical conditions that result in high risk pregnancy.